Yesterday we looked at nouns and adjectives. We know that a noun is a person, place, or thing. Today we are going to focus on noun phrases, but what it a noun phrase? 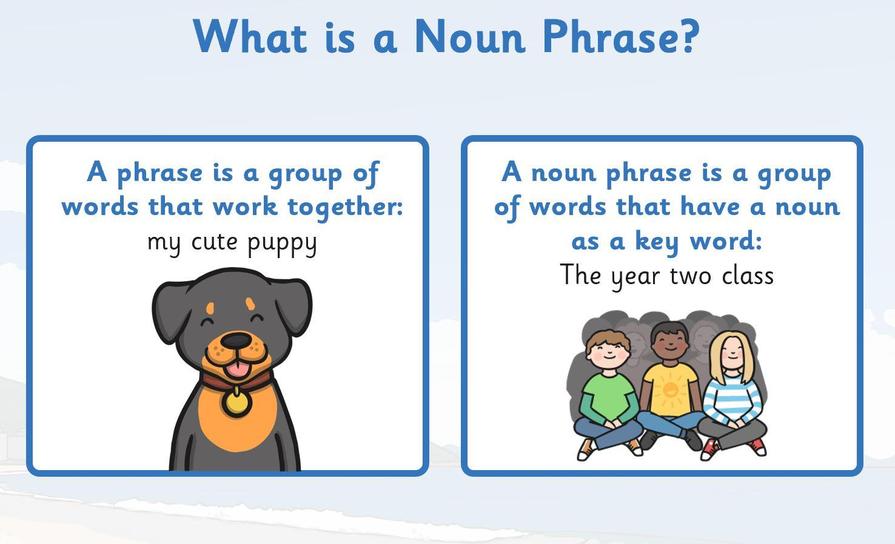 Have a look at these sentences, the noun phrase has been underlined. 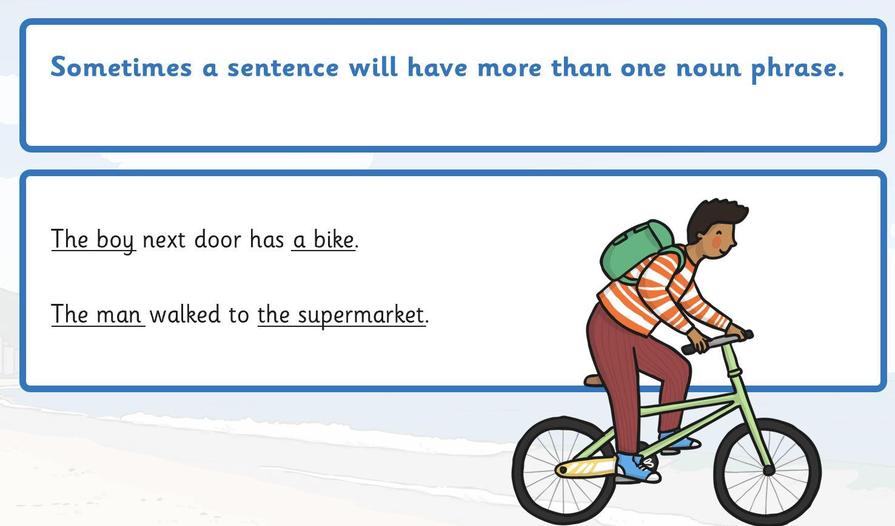 Have a go at underlining or highlighting the noun phrases in these sentences.

Noun phrase can be quite short

Quite often in our writing we need to add more details so that our readers know exactly what we are writing about.

One of the easiest ways to expand a noun phrase is to add an adjective before the noun:

To expand the noun phrase further, we can add another adjective:

We separate the adjectives with a comma.

Have a look at the four pictures below. Can you create an expanded noun phrase for each one? Think of the adjectives (describing words) that you can use to describe the noun (person, place or thing). 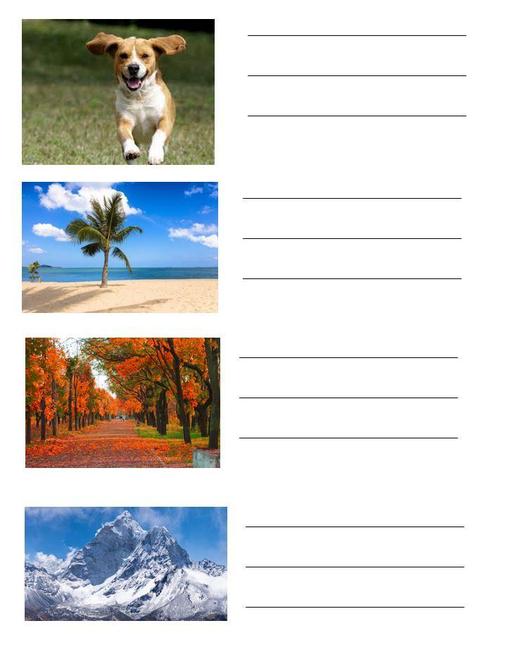