This morning's spellings - log onto PurpleMash where you'll have a new spelling quiz for this week's spellings;

This morning's maths brain warm up - Pizza! On PurpleMash, you'll have a Pizza shop to run using our knowledge of fractions. 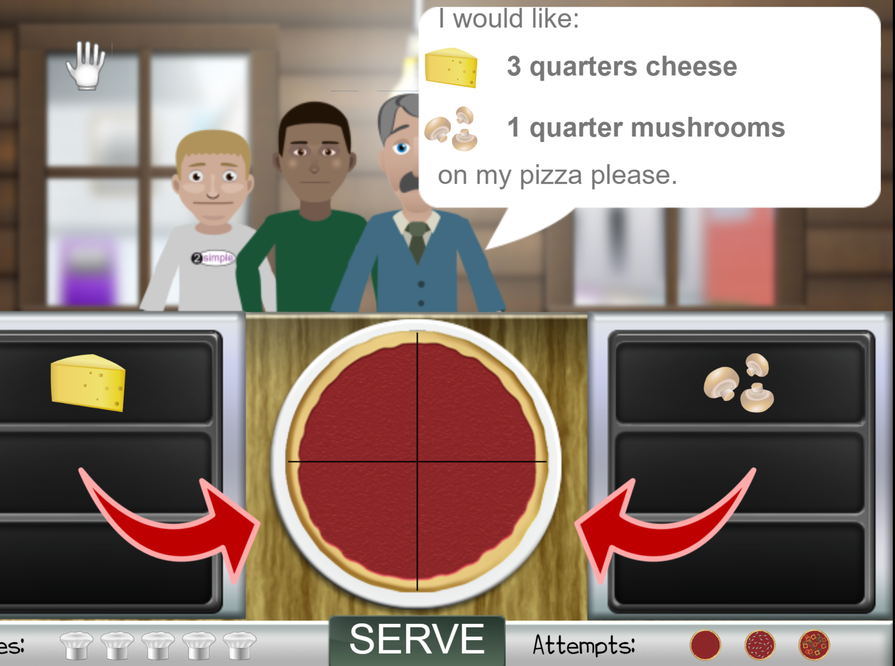 So, this joker wants a 3 quarters cheese and 1 quarter mushroom pizza. The pizza is already split into 4 bits. How many of those bits should have cheese and how many mushroom? Hmm....

Literacy - I am learning to interpret ideas and visualise a character.

We're starting a brand new story, and it's one of the greats - The Iron Man by Ted Hughes. It was made into a film called The Iron Giant, but the book is called The Iron Man - they changed the name so people wouldn't be confused with the other 'Iron Man', the superhero.

1 The Coming of the Iron Man

Taller than a house, the Iron Man stood at the top of the cliff, on the very brink, in the darkness. The wind sang through his iron fingers.

His eyes, like headlamps, glowed white, then red, then infrared, searching the sea. Never before had the Iron Man seen the sea. He swayed in the strong wind that pressed against his back. He swayed forward, on the brink of the high cliff

As you can see, Ted Hughes starts off with the description of character and setting. What I want you to do is illustrated and label the character - what does he look like and how do you know?

We've also seen that Ted Hughes likes to use similes - "...as big as a bedroom." A simile is where you compare something to something else to give the reader a better idea of what something is like. Can you label your drawing of The Iron Man with any more similes? What do you think his feet were like? His legs? His shoulders?

Maths - I am learning to find a fraction of an amount.

Carrying on with fractions today, but have no fear, fractions are not as scary as you might think. Did I mention how fractions and division are exactly the same thing? Finding a fraction of an amount and dividing it, sharing it equally, splitting it into equal groups, thinking how many groups you can fit in that number - however you like to think of it, it's all the same thing!

Let's have a look at an example. 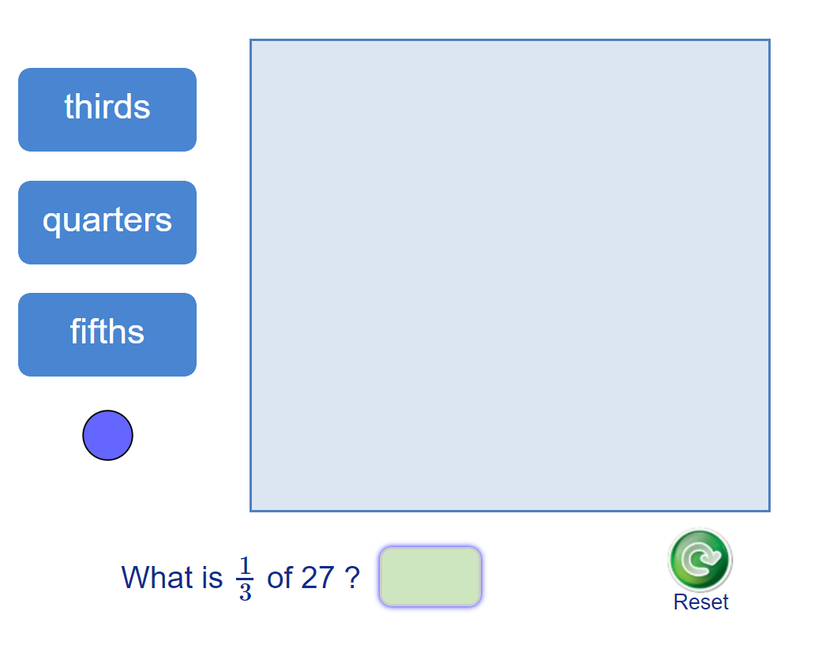 Right, 1/3 of 27. What on Earth does this mean? Well, think of the two parts of that fraction, the 3 is the denominator, how much it's split up in to.

This means we need to split that whole box into 3 bits. Guess what one of those bits is called? That's right, a third. A quarter would be 4 bits, fifths would be five bits. 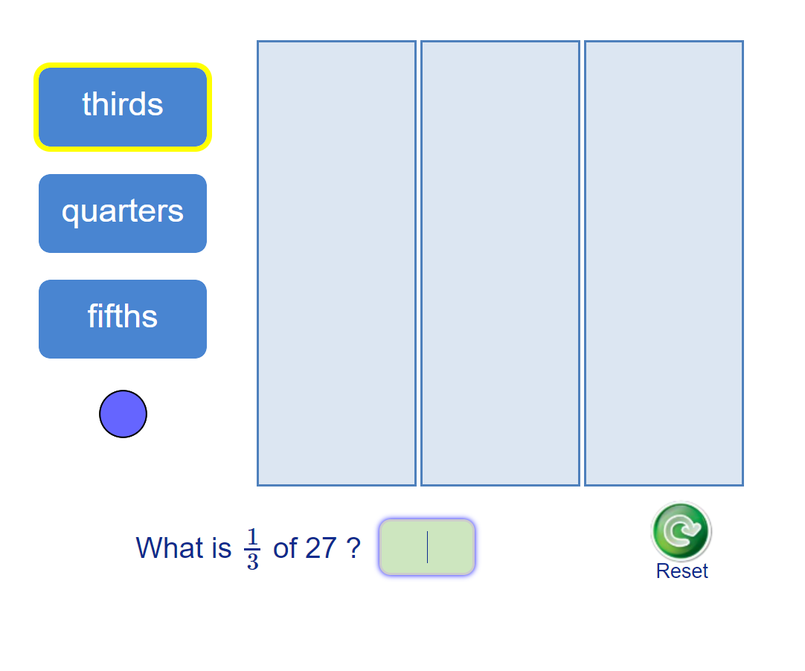 3 bits! Now we need to take those counters and share them out between the three bits. 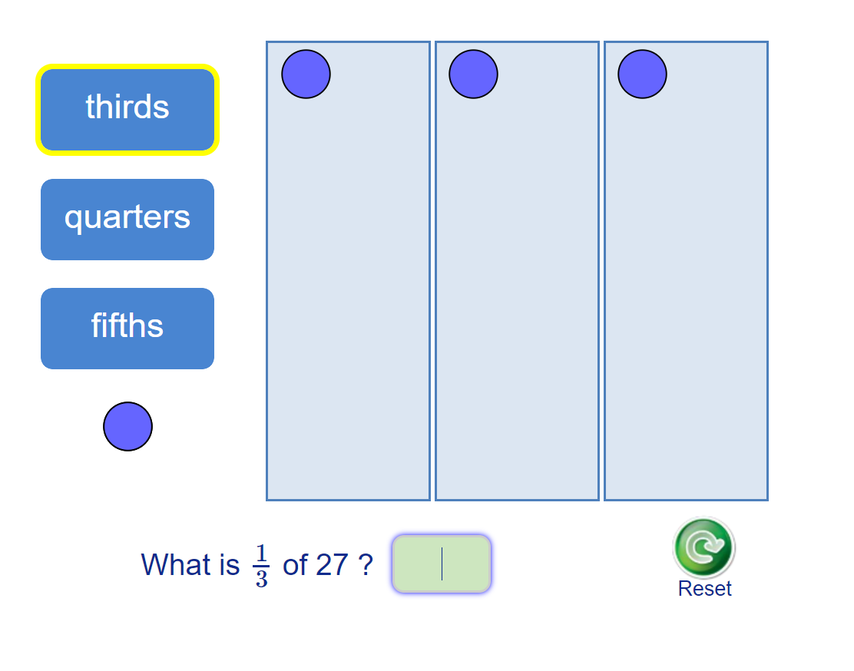 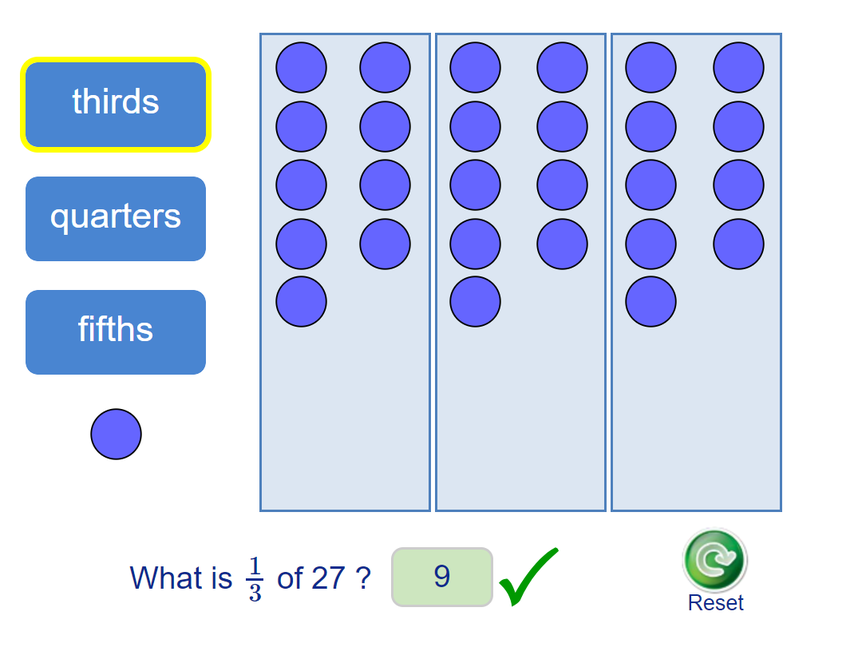 There we go! How many is in one of those bits, the third? That's right, 9, that's our answer.

Science - I am learning to conduct a fair test.

We're looking at forces in science this half term, and we'll start off with the force of movement.

Let's set up an experiment to see if we can slow down - or speed up - an object, and how. The question we're after is - "Does an object move the same speed over every surface?"

What we need is a ramp and something to roll down it, it should look a little something like this. 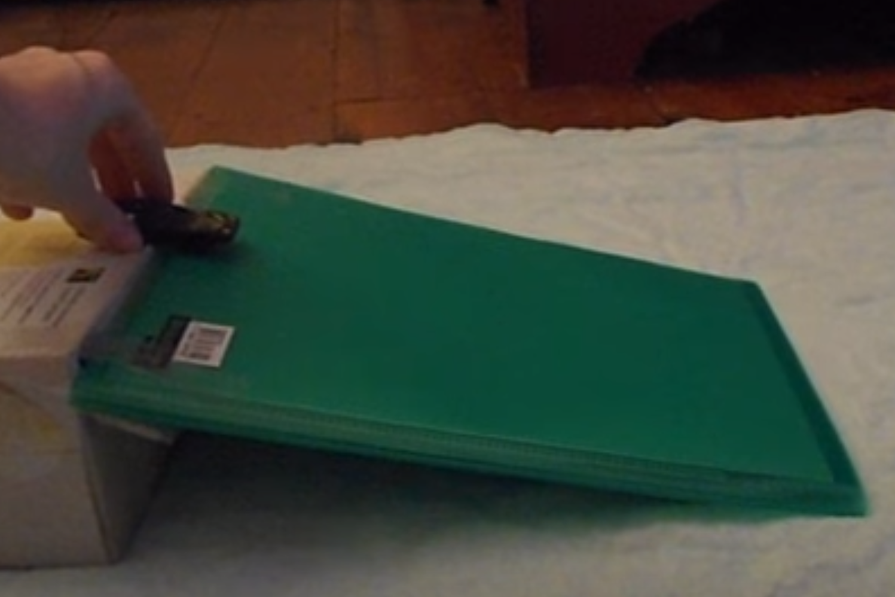 Here's where we need to think about what a "fair test" means. This is a really, really important idea in science - have a look at the video below;

So, if the question we're trying to find out is "Does an object move the same speed over every surface?" - what do we need to change? That's right, the surface - what's on the ramp, for example paper, plastic, tissue, cardboard, fabric, even sand or flour, anything you could put on your ramp.

What shouldn't we change? Would it be fair to change what toy rolls down the ramp? The height of the ramp? Where to let the toy go? How hard to push the toy - how can we make sure that's the same?

We'll measure the results by measuring how far the toy has rolled down the ramp - the faster it goes down the ramp, the further it will go. Would it be fair to move where you put the ramp? Hmmm...

Here's our task - the title of our test.

What we want to find out.

Prediction - that's what we think the result will be, which material do you think will make the toy slowest? Which will be fastest?

What are we going to measure - if you've been paying attention, you'll know exactly.

What are we going to change and how? What will you put on the surface of your ramp?

Things to keep the same - there will be quite a lot! Which are the most important?

Finally, what we found out. How far did your toy go on the different surfaces? Which was fastest? 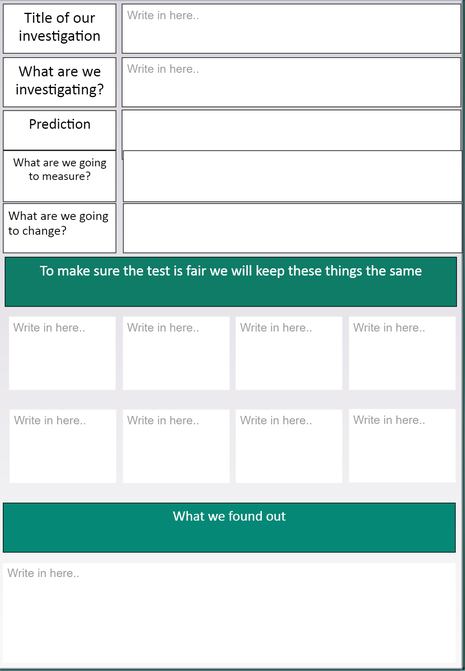