Who has the fastest fingers? I'm expecting super high scores this morning as we test our rapid recall of an old favourite, the 5 times table. Click on 'times tables', then x5.

Literacy - I am learning to spot and generate adverbs.

And his right foot, his enormous iron right foot, lifted - up, out into space, and the Iron Man stepped forward, off the cliff, into nothingness. CRRRAAAASSSSSSH! Down the cliff the Iron Man came toppling, head over heels. CRASH! CRASH! CRASH! From rock to rock, snag to snag, tumbling slowly. And as he crashed and crashed and crashed. His iron legs fell off. His iron arms broke off, and the hands broke off the arms.

His great iron ears fell off and his eyes fell out. His great iron head fell off. All the separate pieces tumbled, scattered, crashing, bumping, clanging, down on to the rocky beach far below. A few rocks tumbled with him. Then Silence. Only the sound of the sea, chewing away at the edge of the rocky beach, where the bits and pieces of the Iron Man lay scattered far and wide, silent and unmoving.

Only one of the iron hands, lying beside an old, sand-logged washed-up seaman’s boot, waved its fingers for a minute, like a crab on its back. Then it lay still. While the stars went on wheeling through the sky and the wind went on tugging at the grass on the cliff top and the sea went on boiling and booming.

Nobody knew the Iron Man had fallen. Night passed. Just before dawn, as the darkness grew blue and the shapes of the rocks separated from each other, two seagulls flew crying over the rocks. They landed on a patch of sand. They had two chicks in a nest on the cliff. Now they were searching for food.

One of the seagulls flew up - Aaaaaark! He had seen something. He glided low over the sharp rocks. He landed and picked something up. Something shiny, round and hard. It was one of the Iron Man’s eyes. He brought it back to his mate. They both looked at this strange thing. And the eye looked at them. It rolled from side to side looking first at one gull, then at the other. The gulls, peering at it, thought it was a strange kind of clam, peeping at them from its shell.

Then the other gull flew up, wheeled around and landed and picked something up. Some awkward, heavy thing. The gull flew low and slowly, dragging the heavy thing. Finally, the gull dropped it beside the eye. This new thing had five legs. It moved. The gull thought it was a strange kind of crab. They thought they had found a strange crab and a strange clam. They did not know they had found the Iron Man’s eye and the Iron Man’s right hand.

But as soon as the eye and the hand got together, the eye looked at the hand. Its light glowed blue. The hand stood up on three fingers and its thumb, and craned its forefinger like a long nose. It felt around. It touched the eye. Gleefully it picked up the eye, and tucked it under its middle finger. The eye peered out, between the forefinger and thumb.

Now the hand could see. It looked around. Then it darted and jabbed one of the gulls with its stiffly held finger, then darted at the other and jabbed him. The two gulls flew up into the wind with a frightened cry. Slowly then the hand crept over the stones, searching. It ran forward suddenly, grabbed something and tugged. But the thing was stuck between two rocks. The thing was one of the Iron Man’s arms. At last the hand left the arm and went scuttling hither and thither among the rocks, till it stopped, and touched something gently.

This thing was the other hand. This new hand stood up and hooked its finger round the little finger of the hand with the eye, and let itself be led. Now the two hands, the seeing one leading the blind one, walking on their fingertips, went back together to the arm, and together they tugged it free. The hand with the eye fastened itself on to the wrist of the arm.

The arm stood up and walked on its hand. The other hand clung on behind as before, and this strange trio went on searching. An eye! There it was, blinking at them speechlessly beside a black and white pebble. The seeing hand fitted the eye to the blind hand and now both hands could see. They went running among the rocks. Soon they found a leg.

They jumped on top of the leg and the leg went hopping over the rocks with the arm swinging from the hand that clung to the top of the leg. The other hand clung on top of that hand. The two hands, with their eyes, guided their leg, twisting it this way and that, as a rider guides a horse. Soon they found another leg and another arm. Now each hand, with an eye under its palm and an arm dangling from its wrist, rode on a leg separately about the beach. Hop, hop, hop , hop they went, peering among the rocks. One found an ear and at the same moment the other found the giant torso.

Then the busy hands fitted the legs to the torso, then they fitted the arms, each fitting the other, and the torso stood up with legs and arms but no head. It walked about the beach, holding its eyes up in its hands, searching for its lost head. At last, there was the head - eyeless, earless, nested in a heap of read seaweed.

Now in no time the Iron Man had fitted his head back, and his eyes were in place, and everything in place except for one ear. He strode about the beach searching for his lost ear, as the sun rose over the sea and the day came. The two gulls sat on their ledge, high on the cliff. They watched the immense man striding to and fro over the rocks below. Between them, on the nesting ledge, lay a great iron ear.

The gulls could not eat it. The baby gulls could not eat it. There it lay on the high ledge. Far below, the Iron Man searched. At last he stopped, and looked at the sea. Was he thinking the sea had stolen his ear? Perhaps he was thinking the sea had come up, while he lay scattered, and had gone down again with his ear. He walked towards the sea. He walked into the breakers, and there he stood for a while, the breakers bursting around his knees.

Then he walked in deeper, deeper, deeper. The gulls took off and glided down low over the great iron head that was now moving slowly out through the swell. The eyes blazed red, level with the wavetops, till a big wave covered them and foam spouted over the top of the head. The head still moved out under water.

The eyes and the top of the head appeared for a moment in a hollow of the swell. Now the eyes were green. Then the sea covered them and the head. The gulls circled low over the line of bubbles that went on moving slowly out of the deep sea.

As you can see, there's a lot of adverbs in The Iron Man - what is their job? They "add" to a verb, a doing/action word, tell the reader more about how an action is being done.

What we're going to do is watch the first few minutes of The Iron Giant film linked below - can we use these these adverbs (and others!) to describe what's going on? We need at least 5 sentences.

For example, just from that first scene you could have;

That's all we're after - just sentence to describe what's going on using adverbs - you're not retelling every single detail. Stuck on which adverb to use? Here's a big old list - you'll find some that definitely fit!

Maths - I am learning to represent fractions on a number line.

Number lines, what do they have to do with fractions? Have a look here;

What we need to do is fill in the blanks of the sheet below using the same ideas - what has the whole unit been split up into, how many parts? This is your denominator - the bottom number. How many steps up is it from the last whole number? This is the numerator, the top number. Because I know you're a bunch of brainboxes, I've added a brainbox challenge and a little revision on Mathletics on what we were doing before half term, recognising different fractions - "Model Fractions" on your assignments. Good luck and take on the challenge if you dare!

RE - I am learning what qualities Jesus showed as a leader.

Starting a new topic this half term - Jesus and his disciples as part of Christianity.

Here's a clip of a recreation of Jesus picking his followers;

From what we know about Jesus from the clip (and our learning in Year 1 and 2), why do we think Peter and Andrew chose to follow Jesus?

What were the important qualities of leadership Jesus showed and how? We're going to think about these qualities;

We're going to put these qualities in a diamond 9 diagram; 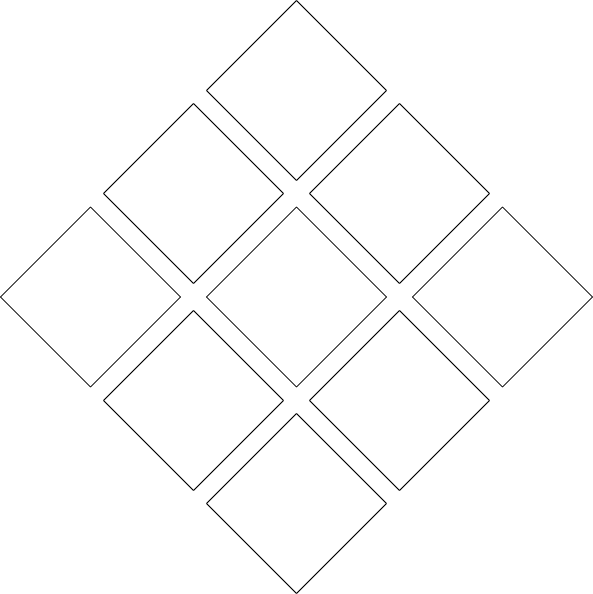