A multiple is a number in that times table - which don't belong?

Can you write a silly sentence which uses this week's spelling words? Bonus points if you manage to use more than one of the spellings in the same sentence!

Literacy - I am learning to create a storyboard and magpie words and phrases.

Today we're going to be storyboarding the first chapter of The Iron Man by Ted Hughes, using the storyboard software on PurpleMash (it's on your 2Dos). We're also going to be collecting our favourite words and phrases to put in our storyboard, putting the ones we've collected in bold (you can also use a different colour if you like).

What's the next key event that happens in the chapter? What about after that? We've only 6 boxes, so we can't put every tiny detail in - just the important parts.

Which words and phrases would you want to steal? Remember they need to be interesting - adverbs, adjectives, verbs or similes you think you could put in your writing and make it more fun to read.

Maths - I am learning to find division facts with arrays

We're going to carry on looking at division using arrays. Arrays normally show multiplication facts - but there's a way to get division sums from them too. 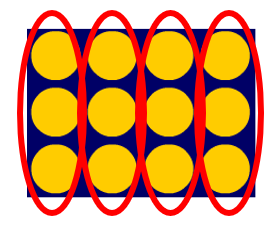 I've grouped them into 4 groups using the red circles - shared them equally between 4, split it into 4 bits. How many is in each group? That's right, 3.

Have a go at the ones above, then jump on Mathletics for "Related Facts 2" to explore further how multiplication and division are two sides of the same coin.

If you're a real brainbox, have a go at the brainbox challenge - the ones with remainders! We have done them - can you remember what to do if we have any left over after we've grouped numbers together?

Design and Technology - I am learning to explore pop-up mechanisms.

A fun one to get us started with DT this half term - we're going to be making posters and a pop-up book based on The Iron Man. First, we need to explore how we're going to make things literally pop up off the page.

Do not worry about adding any drawings or writing at all - and don't panic if you make a mistake either. This is what we call 'prototyping' - making a first go to help you make the actual one.

There are lots of what are called mechanisms, moving parts, that we could use in our pop-up. All you need is paper, scissors and glue.

One of the simplest is called a "V fold". It looks like this:

Have a look here for more details - you can also experiment with the angle you're putting your fold and see what it does.

Another simple one to experiment with is the "Internal stand".

To make it a bit more complicated, you can make the "Double Stand";

Again, see the website linked above for more detail.

If you want to push yourself a bit, you could have a go at making a sliding mechanism;

Again - do not worry if it goes wrong; this is our first go and we're just exploring how to make the mechanisms themselves. Do not give yourself extra work and worry about putting decorations and writing on it - again, we're just looking at mechanisms. Send me pictures of your prototypes!