Today we're going to do some work on the second article of the rights of the child;

Article 2 You have the right to protection against discrimination.This means that nobody can treat you badly because of your colour, sex or religion, if you speak another language, have a disability, or are rich or poor.

You might have seen in the news huge protests going on about this very issue. We're going to look back further at how inequality and racism were practised and challenged in America and why it matters now.

Last summer I visited the capital of American, Washington D.C., where there's a museum called the National Museum of African American History and Culture. It shows how black people have been treated in the past and why it's important to remember.

Here's an actual sign that was put up in buses - 'colored' is another word used at the time for black people; 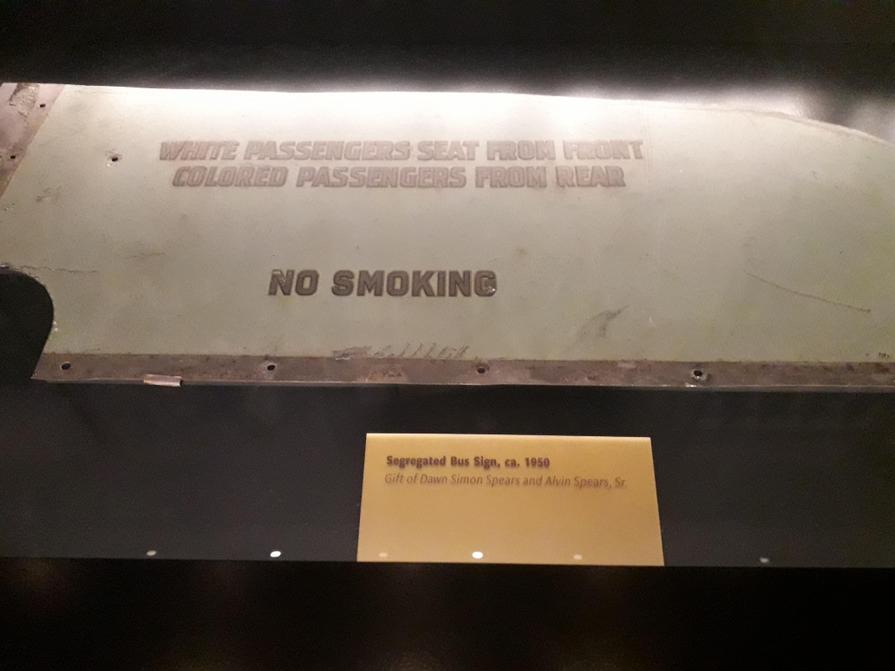 Even though these were the rules, one person refused to stand for it any longer. This is the dress belonging to a lady called Rosa Parks, who was to become very famous, and a picture of her after she had been arrested. What she did set off what the museum called a 'chain reaction' - in other words, it inspired many more to follow her example. 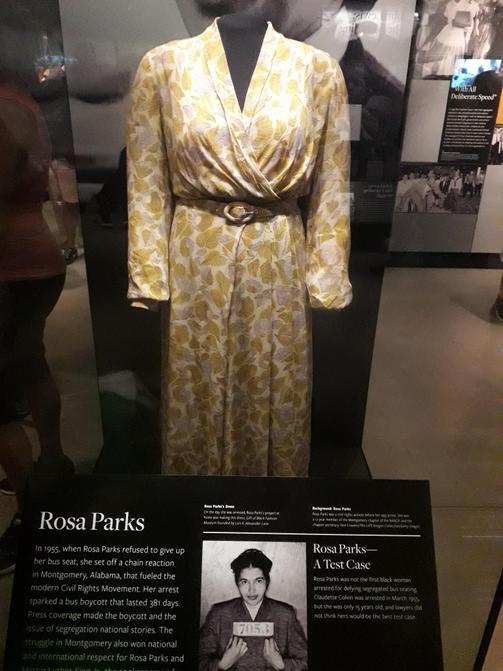 She refused to give up her seat to a white person because she was black, which was the rule at the time. Even though she was arrested for breaking the rules, people spread the word of what she had done and people began to stand up against this injustice by organising what was called the 'Montgomery Bus Boycott'. People refused to take the buses which enforced these racist rules and the bus companies lost money. The bus company eventually had to change the rules to treat people equally. It was just the beginning of the struggle for equality, but it was an important step. See how by watching this clip:

Suitable for teaching 5-11s. Rosa Parks tells the story of her life, and how her refusal to give up her seat on the bus in Alabama in 1955 led towards equali...

Who was Rosa Parks?

What did she do and why?

How did her actions make a difference to how people were treated?