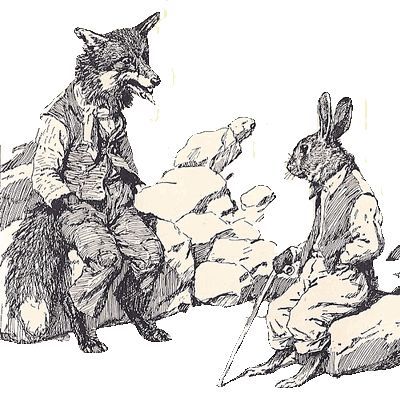 We've read quite a bit about the above characters by now, Brer Fox and Brer Rabbit - rival and trickster, greedy and clever, brawn and brain, gullible and guile. But how would each character describe the other? This is where you need to put yourself in the head of a folk tale character. So as you can see, it offers a reward, has a picture of them, describes what they look like, and what they have done that they are wanted for! You can use any and all of the events in the stories so far - so Brer Rabbit might put that Brer Fox has been illegally picking fruit off trees that don't belong to him, Brer Fox might put that Brer Rabbit is a thief of hunting supples! Don't forget to describe their personalities too to recognise them from other Rabbits and Foxes in the woods!