How did the Anglo-Saxons leave their mark on England? Well for a start, the name England, from 'Angle-Land' - but this wasn't the only legacy they left behind on the map. Lots of our villages, towns and cities still around today were either founded by the Anglo-Saxons or taken over, settled and given their modern name by them. Settlements with these words in them are very likely to have Anglo-Saxon origins.

So, it's time to see where the Anglo-Saxons have been. How many places can you find with any of those Anglo-Saxon words in them? They can be at the beginning, middle, end, or even just the name of the place! Let's just start off by looking at our local area. Straight away, you can probably find some really obvious ones. 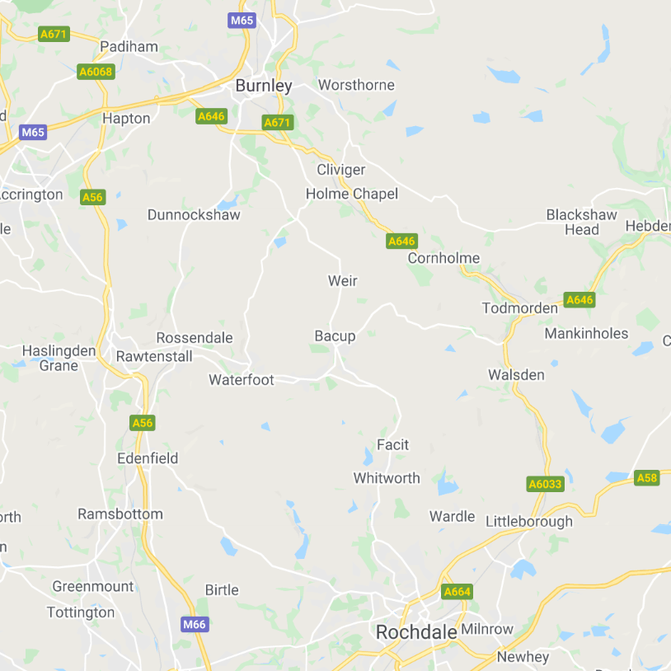 Even our own Bacup is Anglo-Saxon, originally "Fūlbæchop" which means "muddy valley by a ridge"! So, the Anglo-Saxons definitely left their mark on us around here!

But we'll focus on the more common words in the table above for now. Can you find 20 place names from anywhere in England which are Anglo-Saxon in origin? Use Google Maps to help you:

A tip - there won't be nearly as many in Scotland, Wales or Cornwall - as the Anglo-Saxons never took over these places (or in Cornwall's case, took it over very late on).