Carrying on our theme of looking at water in art, last week we did waterfalls - this week we're doing the sea, the sea, the open sea.

More specifically, the Great Wave Off Kanagawa by Hokusai which looks a little exactly like this; 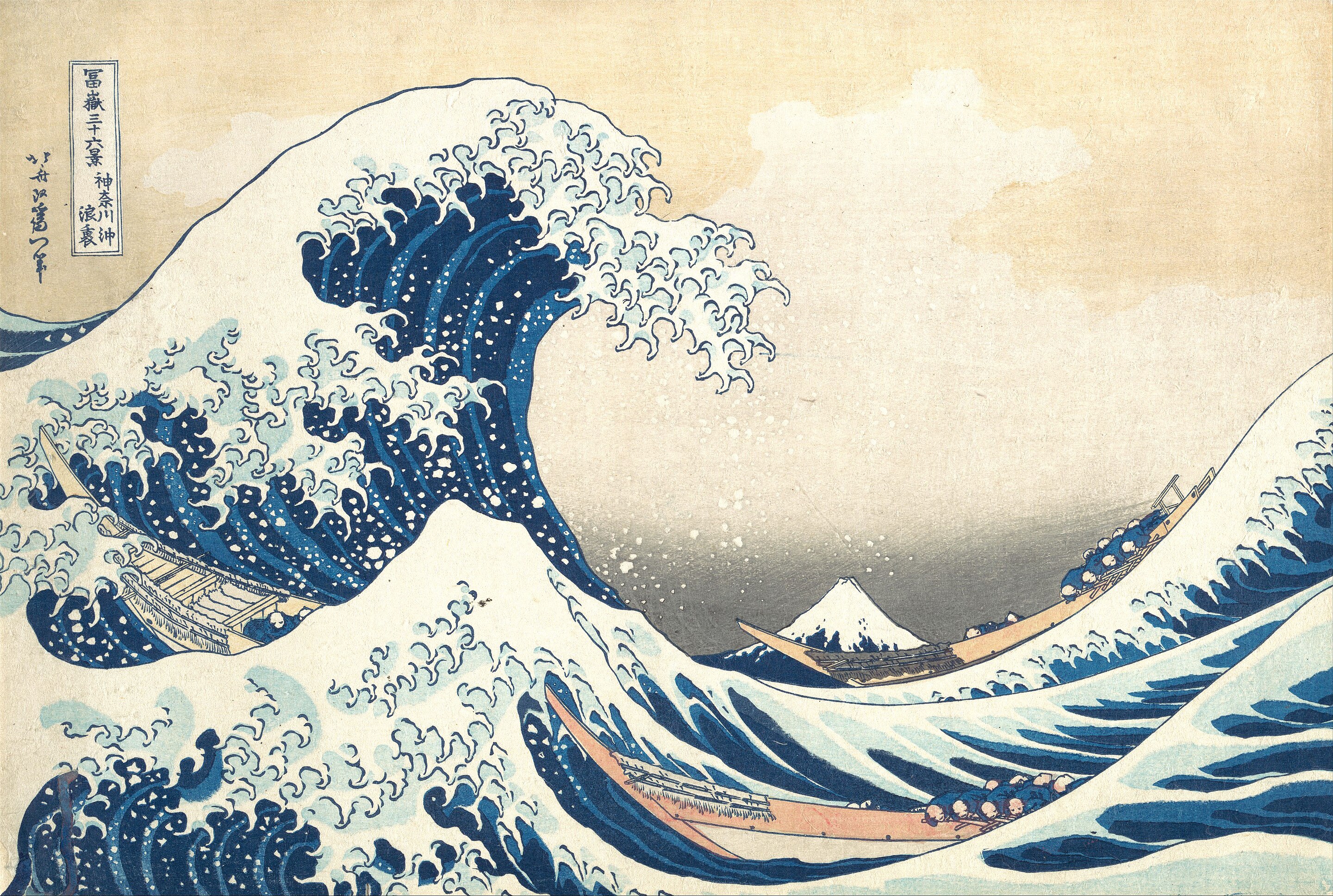 It was published around 1829-1833 in Japan, and shows Mount Fuji in the background. It was made with ink on woodblocks originally, but we're going to draw it.

Ordinarily we'd be doing some step-by-step guidelines and then bringing it all together in a final by following my truly breathtaking artwork ability on the whiteboard, unfortunately for you that isn't possible so we'll do the best we can and follow this step by step guide.

Once again with art - do not worry about getting it exactly right. You will make mistakes, you'll draw bits too big, too small, slightly wonky. The idea is we have practice goes to get better and then make a final go and see how much we've improved.

Here's how to start - the very top of the wave and it's jagged foam 'teeth'.

Once you've done that, at the front add some more jagged curls - don't worry about copying it exactly, we're after the idea of the crashing wave and its chaos.

And the wave builds and builds! Add the new red part next to your old work. You see how it's in layers?

Time for the main body of the wave - this might take you a few goes but don't panic if it's slightly off.

We just need the finishing touches of our drawing now - the wave at the other side and the mountain in the background.  Again, the red part is the new bit to add on;

After that, you should be finished at last! If you're not happy and think you can improve, have another go - that's all part of being an artist. If you're still craving art after all that, add some colour, you'll need lots of shades of blue!